Our services are used by 700+ companies
We have installed over 9,000 devices
Special solutions based on the clients’ needs

While the accuracy of the GPS receivers was upgraded to the level permitting street navigation only in 2000, first attempts at automotive navigation go back a century. The task was accomplished at first by mechanical gadgets and later by electronic devices. 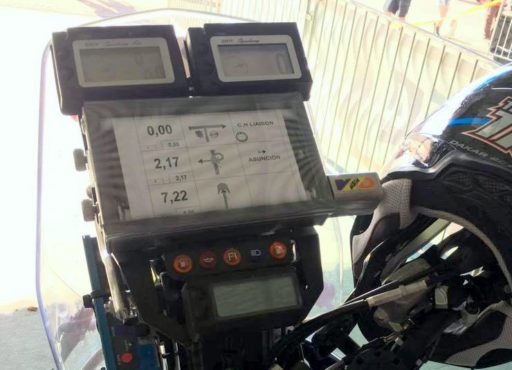 At the 2017 Dakar Rally, taking place from 2 January to 14 January, the Estonian bikers used simple and reliable map rollers that were first employed more than a century ago. With all the noise and dust that bikers are exposed to, these can sometimes be of more use than contemporary electronic navigators. The roadbook, describing the turns ahead along the track, can also be recorded on such rolls. 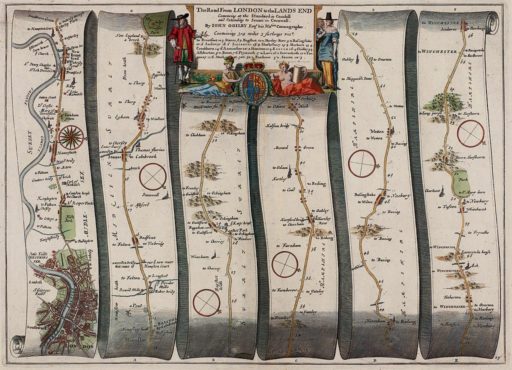 The very first automotive navigation systems were rather primitive map rollers that could be attached to the car’s dashboard and manually turned as the car advanced along the route.

Travellers had carried such map rollers in their pockets for quite a few centuries, yet they would only be employed in automobiles for the first time in the 1920s. Crafty precision mechanics crammed the rollers into a watch-sized case, to be worn on the wrist similarly to a normal timepiece. 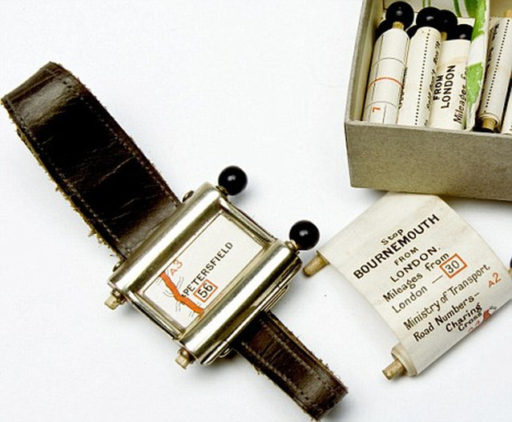 The navigation system called Plus Fours Routefinder consisted of a casing housing two wooden rollers which could be used to forward or rewind a roll of paper – not unlike the rolls of receipt printer paper that we are so familiar with – that bore a map showing the way from one of the popular starting points to a popular destination, to be purchased separately according to the journey envisaged. At a crossroads, one had to manually wind the map forward see which direction one needed to take to reach the next forking. The edge of the scroll also showed the mileage covered. Unfortunately, this invention never achieved wide popularity, receding into the ranks of 20th-century curiosities, and is now part of a collection of weird and wonderful inventions and gadgets on display at the British Library in London. Today we could say that this clever gadget was too advanced for the time, since automobiles in the 1920s were few and far between, which effectively precluded the gadget’s attaining popular appeal. What was also significant is that the selection of roads for which maps were available remained rather limited. 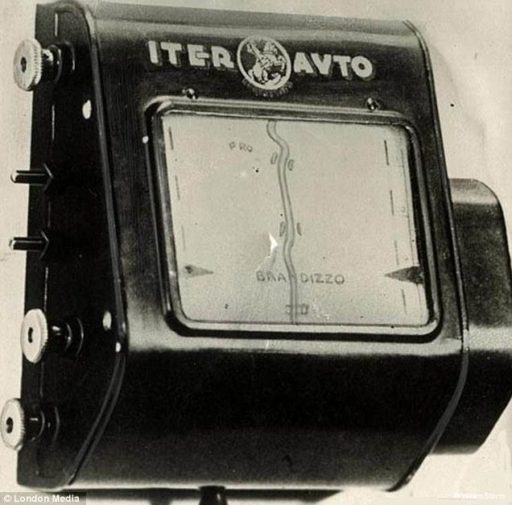 In the 1930s the number of cars rolling on the streets began to grow. This created an incentive to start designing navigation equipment available to motorists as an optional extra. One of the first of its kind was the Italian-produced Iter Avto―a voluminous box which was fixed onto the car’s dashboard moulding and featured a wide map display window. Externally, it already bore semblance to the first cumbersome contemporary navigation units, although its innards held a mechanical map system. Compared to Plus Fours Routefinder, it represented a step further―the motorist did not have to manually wind the map forward. Instead, the device was connected to the speedometer cable and would turn the map scroll according to the speed of the car, approximately matching the vehicle’s progress along the route. The expensive gadget showed intersections and ‘rotated’ the map to match the direction of the car. From time to time, the scrolling speed had to be adjusted, since a mechanical solution such as this could not provide the required precision. 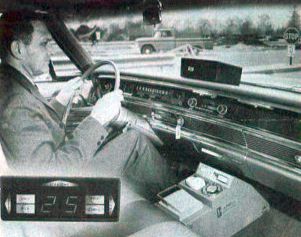 In 1960s, the General Motors Company decided to assist the motorists travelling long-distance on U.S. highways by manufacturing a device called DAIR (Driver Aid, Information & Routing). The device which read driving directions (where to turn, which traffic signs are ahead, where limited speed zones begin and how long the motorist must continue down the same road without turning) from punched cards also received radio transmissions to warn the driver of obstacles on the road and of accidents ahead.

At the end of the 1960s, the development of automotive navigation systems expanded beyond the automobile itself. Thus, Germany started testing so-called smart roads, sided by small radio beacons which transmitted additional information to devices installed in the car. The primary data transmitted by the beacons was location data, but they also provided current information on driving conditions and speed limits. Yet again, this system too proved too advanced for the time and non-tested roads would have to wait another 50 years to become smart.

It was finally in 1995 that Oldsmobile presented its Guidestar Navigation System which featured a GPS receiver and an electronic display. Initially the system’s accuracy was rather low, but it could still be useful on intercity roads.  Satellite-guided automotive navigation systems was a prominent topic discussed in the television series Beyond 2000 which showcased future technologies, being as popular then as self-driving cars are now. Although, at the time, the hosts would concede that no matter how good the navigation equipment, it will not replace a good driver. 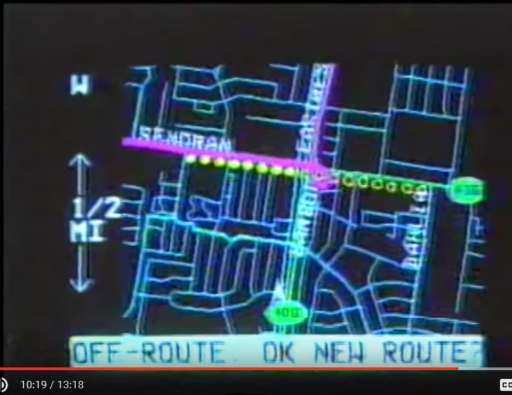 (The section on automotive navigation begins at 6:20)